16 March 2020:  Setting up your profiler and tip-profiler to work together.

As an example, I often set my tip profiler to produce the following dimensions along the center of the blank:  0.70mm at 8mm behind the tip and 0.50mm at 4mm behind the tip. That means that I have to set my regular profiler thicker than these measurements.

When the two machines are set up properly in this fashion, the tip profiler will leave a defined “ledge” all the way across the reed, at the beginning of its cut, like this: 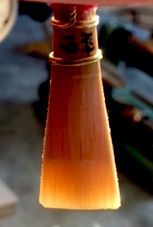 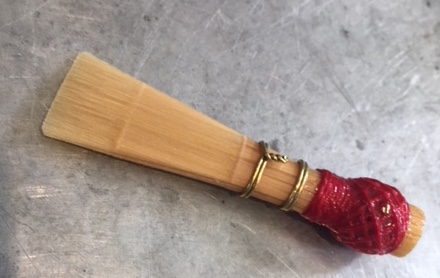 The area in front of the ledge will have the thickness dimensions intended by the tip profiler’s template.  If I don’t see this ledge, it means I’ve set my regular profiler too thin, and the tip profiler isn’t producing its intended results.

The area behind the ledge will, of course, need to be thinned by hand.  I usually do this hand-thinning with files, staying behind the ledge and avoiding the area trimmed by the tip profiler, until the ledge disappears.  I find this method substantially increases my success rate.

Huffing and puffing through Mozart!

The Gran Partita for 13 winds (or 12 winds plus double-bass substituting for contrabassoon) is one of Mozart’s masterpieces-among-masterpieces.  There are some wonderful recent recordings of the work; my two personal favorites are a recording by Octophoros (top Belgian and other players on period instruments) and another by alumni from the Marlboro Music Festival in Vermont.  Interestingly, these two were conducted by Bart Kuijken (Octophoros) and Marcel Moyse (Marlboro), both eminent players of the flute, a wind instrument that Mozart chose to omit from the Gran Partita.

Another very interesting recording just surfaced (link below).  This is a 1945 recording of George Szell conducting members of the NY Philharmonic at a performance given at the Metropolitan Museum of Art.  Most entertaining are the program notes, which include this gem: 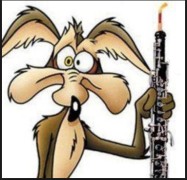 NOTE
Playing a woodwind instrument for long periods is
a strain on the lungs of the player. In symphonic
works the woodwinds speak alternately, and rarely
for long stretches of time. In wind serenades, however,
the instruments speak continually. There was no
harm in this for the players in Mozart’s time, because
music of the divertimento and serenade type was not
performed attacca, but in pauses determined by the
nature of the festivities of which the music was a part,
for instance, the sequence of the courses offered in
the collation. As the Museum’s cafeteria does not yet
excel in rococo refreshments, we beg the indulgence
of the audience for intervals longer than usual between
the movements of the Serenade.

Today’s bassoon news comes from the field of molecular biology, where Bassoon is a “scaffolding protein” that’s a key player is facilitating release of neurotransmitters.  Bassoon is aided in this by the other scaffolding protein, called Piccolo.  Interestingly, “Piccolo and Bassoon share a great deal of structural homology,” according to the journal Frontiers in Synaptic Neuroscience. 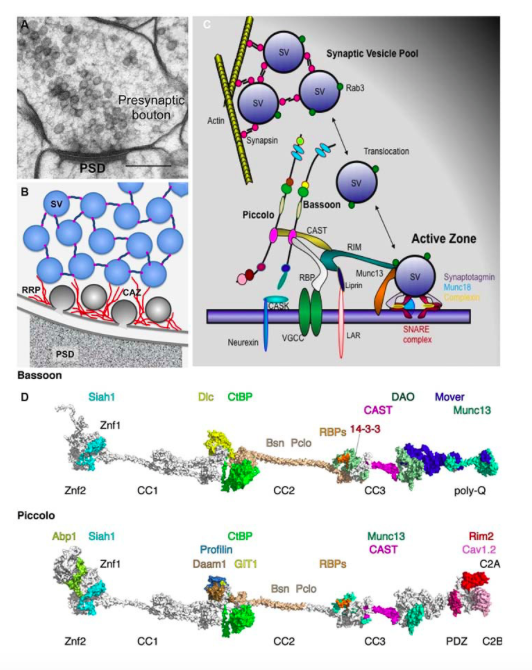 Here’s a must visit for all bassoonists — the Bassoon Bar at the Corinthian Hotel in London.  You enter through double glass doors with long carved wood handles based on bassoon joints.  Then pull up a stool at the bar — the 60-foot-long black-lacquered lid of a grand piano; the house pianist plays the keyboard at the end — and order the Bocal Cocktail.  Be warned, though: this is a luxury hotel, and even a visit to the bar is not for the faint-of-wallet.  The Bocal will set you back 17 quid, and a burger (a good burger, though, I hear) is 24! 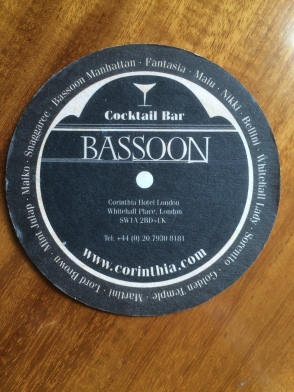 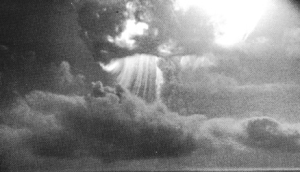 On this day in 1956, the United States government exploded the world’s first three-stage thermonuclear bomb, code-named “Bassoon.”  The Bassoon weighed 5526 kilograms, and measured 1 meter in diameter and 3.5 meters in length.  The Bassoon left a crater on Bikini Atoll 718 meters wide and 117 meters deep.

BENJAMIN HILLIAS WEEDON. I am a shoemaker, and live at the Goat, public-house, at Brentford ; the prisoner lodged there, in the same room; I lost these things out of my box, and found the prisoner in custody next day with them.

ROBERT BENNETT. I lodge at the Goat, public-house. I lost these thing out of my box, which was open. I took the prisoner that evening, and found the things on him.

(Property produced and sworn to.)

JOHN BARFOOT. I am a pawnbroker. The prisoner pledged the waistcoat with me.

WILLIAM CAMP. I am a pawnbroker, The prisoner pledged a pair of breeches with me.

PRISONER. I beg for mercy.

The Shack is very excited to announce a new reed model added to current production. The DC model is based on the pioneering work of the American bassoonist Don Christlieb (1912-2001), whose career as principal bassoonist in Hollywood film studios spanned 52 years. Don can be heard in more than 750 films, including Gone with the Wind, Adventures of Robin Hood, Wizard of Oz, A Star is Born, and Snow White and the Seven Dwarfs.

In addition to his film work, Don was an active participant in the vibrant contemporary music scene in Los Angeles during the mid-20th century. Don’s chamber music groups were frequent collaborators with Stravinsky, Schoenberg, Hindemith, Stockhausen, and Boulez, and many other composers who spent time living in LA, performing the American premieres of the wind quintets of Schoenberg and Hindemith, as well as Stockhausen’s Zeitmasse, and many others. He also played on Frank Zappa’s (Mothers of Invention) 1967 album called Lumpy Gravy.

Don was one of the first to take a scientific interest in reed-making. With the help of engineering friends, he designed and built measurement instruments to further his analysis and machines to implement his ideas. He was the first to adapt the micrometer for use as a “dial-indicator” to plot the profiles of finished reeds, and the first to design a profiler to produce near-finished dimensions.

Don’s son Tony, an artist, playwright and musician, maintains a website dedicated to Don’s work; http://www.christliebproducts.com/About-the-Founder%20Page.html. In addition to the information available on the site, Tony also sells reed-making tools, cane shaped and profiled to Don’s specifications, as well as music and books, much of it not available elsewhere.

Heckelphone in The Shack Today!

Two lovely visitors to the Shack today:  the superb bassoonist John McDougall and his fantastic 1927 Heckelphone.  Both of them played superbly on the Mozart bassoon and cello duo.  This instrument, especially as John plays it, deserves to be heard much more widely.  I took detailed measurements of John’s HP reeds and will start a first trial batch soon.  I’ll be using the old-fashioned “sheet brass template and masking tape” method of hand-shaping, at least until we settle on a shape that works best.  What a great adventure! 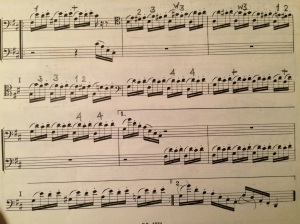 The bassoons fill Variation 2 of the Pulcinella Suite with a wonderful extended running sixteenth-note accompaniment.  On the Heckel system bassoon, the passage is an interesting study on the use of carefully selected fingerings to ensure that the notes speak through the slurs. As one set of possibilities,here are my notes, with reference to the markings in the attached photo of my old Stadio “Passi Difficili per Fagotto.”

+ indicates possible “flick”. Where no +, do not flick

Seen on Twitter today:  “if you’re children aren’t learning the bassoon yet, they are already behind.”  Hmmm, but they may be real experts at punctuation.