New Model MF is undergoing initial trials.  This one starts with a mildly eccentric gouge (1.25:1.00) and then has inside channels, or “flutes,” hand-scraped from collar to collar in the mid-range areas, with a 17/32-inch scraper (second photo shows a 32/32 scraper, but the technique is the same) .  “MF” is for “Mid-range Flutes.”  If very successful, it might become “Magic Flutes.”  If a blatant failure, well, you guess.

I am very pleased to announce that London Fields Reed Shack has been selected to exhibit at a showcase of creative designers based in Hackney, at BL-NK in Shoreditch. We believe that we are the only reedmaker selected for this event!  See http://www.bl-nk.org.

We hope you enjoy!

“Kate will be depping tomorrow.  She has the dots.”

So read a recent befuddling e-mail received from a colleague in a London orchestra.  Who is Kate, I wondered?  And what’s wrong with her? — “the dots” sounds serious!  Perhaps the “depping,” whatever that is, will help.

My colleague, I learned  — excuse me, “learnt” – after a humorous exchange, was trying to tell me that he had to miss tomorrow’s rehearsal, and was sending a substitute – a “dep” (deputy), Kate.  And, he had delivered his part – the “dots” – to her.

Stay tuned for the next installment in the special language of English musicians, featuring crotchets, quavers, minims, breves, and a learned discourse on Stravinsky and the hemi-demi-semi-quaver.

My first encounter with Elgar

My first 19 years were spent in Florida, on the edge of the Everglades. In those days, before northern retirees and their families made the state into a giant suburb of New Jersey, Florida was the land of strong southern accents, unpaved roads, and strange, often unfriendly, wildlife.  And, of course, in Jack Kennedy’s famous words describing those menacing Soviet missiles, Cuba was only “90 miles away.”   So we all grew up with a healthy appreciation of the Spanish language.  Conspicuously absent from this roiling mix of influences was just about anything highbrow, including classical music.  So, when my school music director announced that next week we were going to begin a new piece by Elgar, I thought he meant the piece was called El Gar.  It must be, I thought, a Spanish piece, about a fish.  Now the gar is a nasty creature native to the Everglades, whose body consists mostly of a long snout filled with countless sharp teeth.  About as far from the likes of Sir Edward William Elgar, 1st Baronet, OM, GCVO, as one can imagine.  Although I’m sure El Gar would’ve enjoyed an encounter with Elgar.

By the way, those initials – OM, GCVO, CB, LT, ARRC, etc. etc. – tacked onto the end of English names merely designate seating priorities at state functions, as far as I can tell.  Or maybe it’s a code used by British Airways to award upgrades.  So, DCB would be “Row D, Seat C; offer Bubbly.”  Much more plausible than Dame Commander of the Order of the Bath. 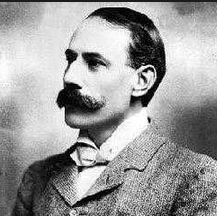 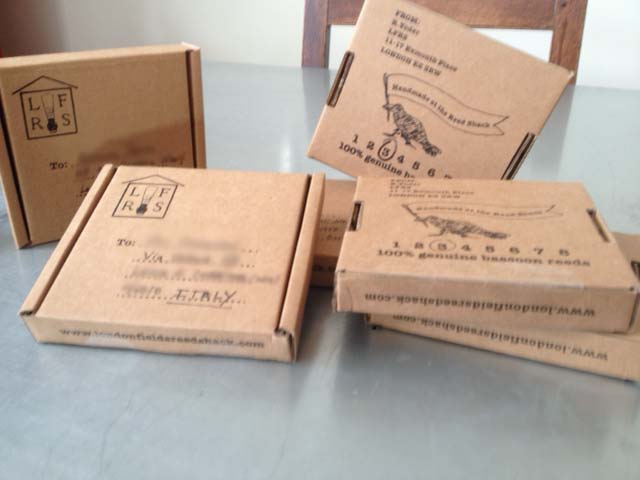 My website for information about bassoon reeds and reedmaking is up!